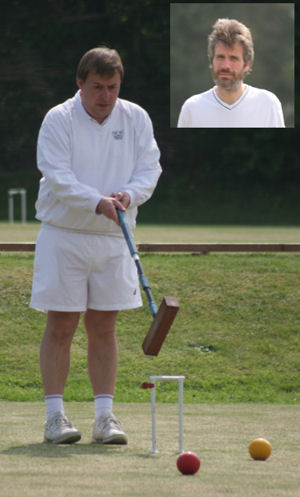 This year's Colchester Open Weekend was won by Rob Fulford. Chris Patmore finished with the second best record inflicting Rob's only defeat with a delayed TP on a tricky lawn 1, however by this stage Rob's lead was unassailable. Conditions were more like June than April, with temperatures in the 20s and the some fast patches on the courts.

Johnathan Hills from Colchester demonstrated how he is improving, winning the manager's Baileys for being the first player to reach the target score they had been given. Jonathan finished with 5/9 including a win over Steve Comish and achieved a handicap reduction to 0.5.