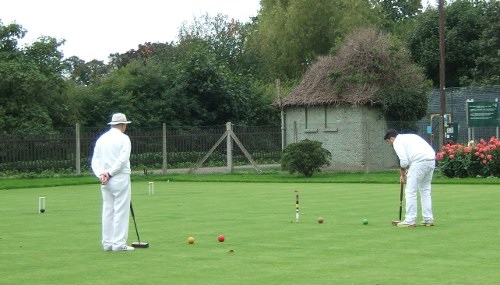 The Mary Rose final between Hurlingham (the holders) and Nottingham was hosted by Surbiton on their two top lawns. Nottingham set off at a charge, winning all three morning matches before midday. A generous lunch break followed, with an excellent beef casserole and choice of desserts. That seemed to inspire Tom Coles, who quickly defeated Ian Vincent to keep Hurlingham in the match, much to the delight of their supporters. However, Omied Hallam pegged out a minute or so later to take Nottingham over the line. The remaining two matches were shared to give a 5-2 result.