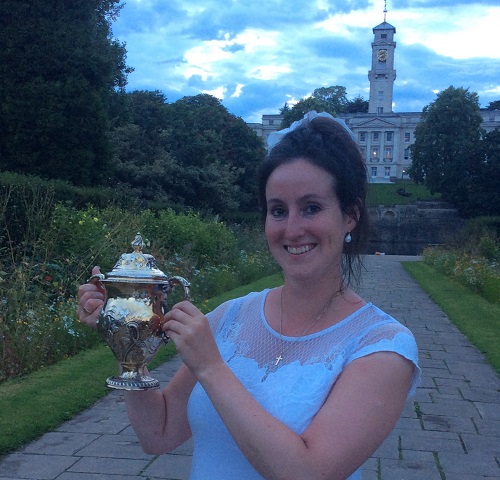 33 players took part in the Nottingham week, ranging in handicap from -1 to 20.

Sophie was the first female winner of the event since 1959, and it is possible that the final was the first ever between two women.

Event 3, B Level Singles (handicap 3+, advanced play), had 7 entries, played as an American block followed by a play-off between the top 2 players.

Event 4, C Level Singles (handicap 8+, Ordinary Level Singles), had 7 entries, played as an American block. Time did not allow a play-off. The block was won by Ann Brookes (8) with 5/6, and there was a tie for second place between Charles Ostler (10) and Sue Wileman (12)