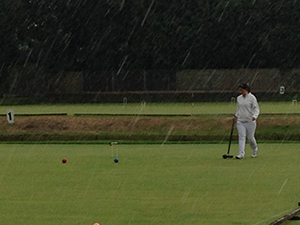 Miranda Chapman won the plate after receiving a walkover against Mark Avery in the play off. Full plate results on Croquet Scores.