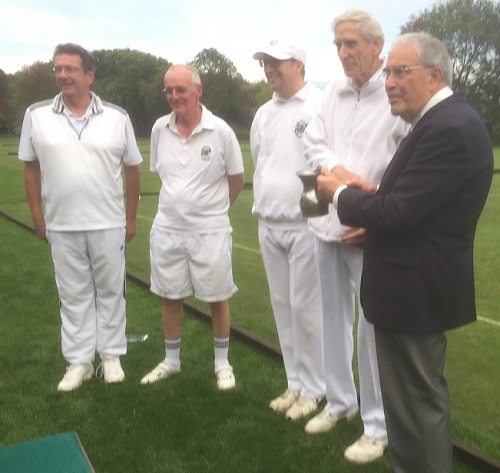 There was an exciting ending to this match; at 3-3 all in the final match of the tie, Brian had pegged Roger out leaving Roger on 4-back and himself on peg and 4-back. Roger hit from the lift and made 4-back and penult then he took off to rover and made rover to the south boundary. Then he chose to shoot at Brian's two balls which were joined up near corner 4. He missed. Brian used Roger's ball to set up a rush to 4-back. He then two-balled it round the remaining 3 hoops and pegged out. Winning the match +1 which made the tie 4-3. A result which could so easily have gone the other way.... All credit to Brian who held his nerve for the final break.