Patricia Duke-Cox is elected a Vice-President of the CA 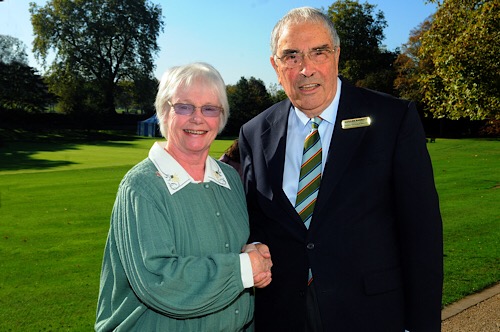 Council nominated Patricia Duke-Cox as a Vice-President of the Croquet Association at the 2018 Annual General Meeting and she was duly elected.

Patricia served on Council as a Federation representative and as an independently elected member from 2000 - 2012. In 2008 she was elected Council's first female chairman in modern times. She has been a stalwart of the East Midlands Federation and is currently its chairman. She founded, and was for some years the backbone of, the Woodhall Spa club, but is now secretary of the Pinchbeck Club and also a member of the Nottingham Club.

Patricia plays both Association and Golf croquet. She has a particular interest in junior croquet, organising matches against Irish Juniors in the years when they were able to raise a team and introducing a bursary system with support from Stephen Mulliner. As a librarian she is very interested in the history of the CA and was delighted to receive items on behalf of the CA from Tremaine Arkley of the USA with knowledgeable support from Roger Bray, a noted collector of items relating to croquet.