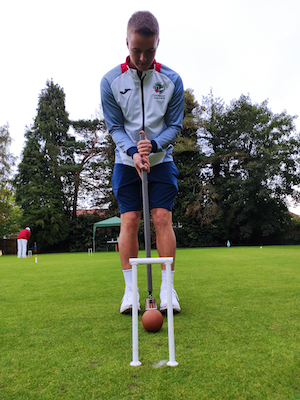 The weekend saw 18 participants, 9 Taskforce and a crew of parents, teachers and local club members gather for an energetic schedule of croquet exercises and matches. With participants aged 10 to 22 and Taskforce members aged 19 to 60+, there was a buzz from the first hit to the final presentation. Smartly attired in the newly-commissioned CA U25 Squad kit (modelled by Daniel Gott) and with CA caps and ball markers sponsored by Mark at the CA Office, we were set for a cracking event.

The National meetup at Watford was a finale for the 2020 Programme and provided everyone with the opportunity to compete in a team event, with additional incentives by merging the event with the CA AC Schools and Juniors Championships. We split into three teams and spent the first day playing 'ProAm' style doubles matches in GC and 14 point AC, and also completing cross-code exercises such as peg shoot-outs, clearance drills and 2-ball breaks. Within the AC matches, pairings chose between traditional doubles, alternate-stroke doubles, or the pro playing croquet strokes only, creating some fascinating breaks. There was some excellent quality in the exercises - one participant, Todd Ballantine-Morris, hit 8/8 at the peg from the boundary and Sam Cuthbert completed 53 continuous back/forth hoop runs. Taskforce members also got stuck in with valuable team points on offer - Daniel Gott led the way with a 14-hoop 2-ball break, although other Taskforce were somewhat outscored by their junior counterparts! 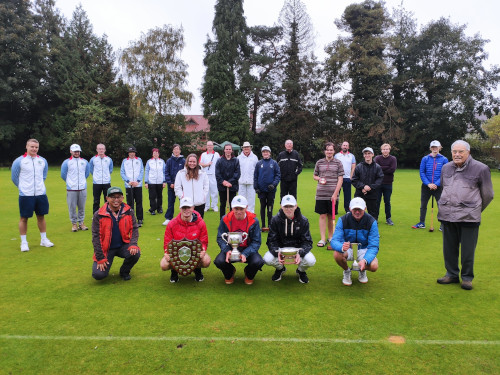 Sunday saw participants alternate rounds of KO GC and AC singles to contest the Juniors Championships in each code. The best AC turn saw Harvey Smith, who had just been pegged-out by Aston, finish next turn by hitting a 20-yard roquet into corner 3 with his H1 ball and digging out a 3-ball break; whilst in GC, Ellie Ross (who relocated from NZ to the UK during lockdown just in time to join the Junior Programme) demonstrated her international quality with a series of clinical victories, characterised by solid hooping and positional play.

Those knocked-out continued to enjoy themselves with Irish speed croquet, further ProAm doubles and spontaneous friendlies all occurring. The parents and teachers on the sidelines were no slouches at croquet either, filling in as needed to provide some welcome coaching.

In the AC singles final, Albie Willett put in a nerveless timed-turn to hit in and turn a 2-hoop deficit into a 5-point lead, pegging-out his front ball leaving 3 balls in corners and a near-impossible task for 2015 winner Eden Rogers.

Meanwhile, in the GC singles final, 2020's standout rapid improver Aston Wade (five wins and one 2nd place finish in six CA tournaments, both AC and GC) defeated Ellie in straight games 7-4, 7-4, to crown a sixth trophy for 2020 and a warm send-off to start his degree at Exeter University. He will be a strong addition to Budleigh Salterton and Sidmouth clubs.

The trophies were presented via elbow-bump by Quiller Barrett, CA President, who delivered a fantastic speech and thanked the indefatigable Simon Hathrell and his local Watford members for their tireless work at facilitating and supporting the event throughout the somewhat torrid weather conditions, and without running water/electricity. 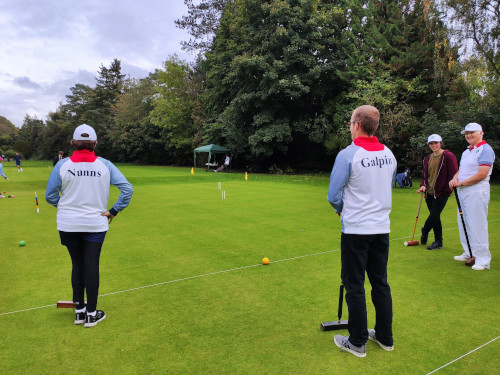 Know any young players who could join the Junior Programme for 2021? Contact Eugene Chang.