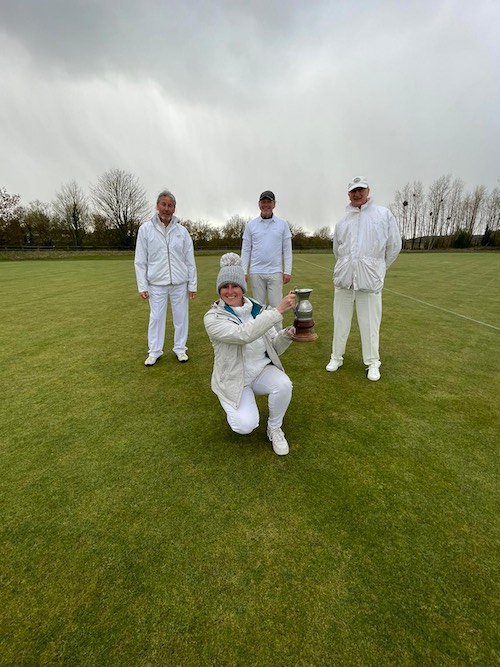 After the original event was washed out in October 2020, Nottingham and High Wycombe played the belated 2020 Mary Rose Inter-Club Trophy final at Wrest Park on a sunny but fiercely cold Sunday on Sunday 11th April 2021.

After lunch, Sophie quickly extended the lead that her teammates had established in the morning, meaning that Nottingham needed one more win to secure victory. Alex had the innings at 4-back and peg and Dave was well up in his game when Mike closed out a three ball ending just as the snow flurries started in earnest. All agreed a quick retreat to the warmth of their cars was in order and the last two matches were duly abandoned.

Many thanks to George from Wrest Park for preparing the lawns and braving the cold!