National GC 'B' Series - Pendle Round 15th May 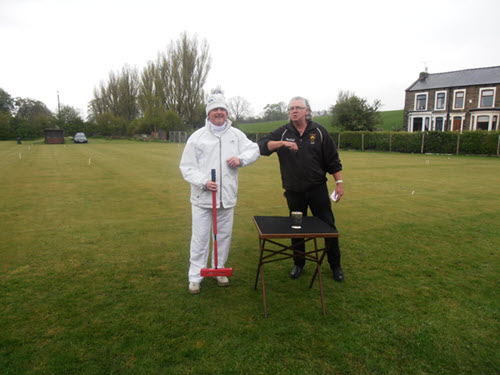 This year, the series comprises of 24 rounds across the country with only 3 awarded to clubs north of the midlands. Our round, held this weekend, is the first of those.

Despite the forecast (wet) players gathered from Leicester, Crake, Bury, Ripon Spa, Durham as well as Pendle's own to complete for not only our tankard, but a place in the National Final at season end.

Play was organised into a single all-play-all block, and the players 'peddled on' impressively with the workload - the manager kept sending them back out to contest the next round as soon as a game score had been handed in!

At the presentation, the manager thanked the field for putting on such a strong show, some playing in their very first tournament and noted that playing standard improved during the day as did the weather. The majority of scores being a tight 7-6 or 7-5.

National points were earned by McCann, Leach & Daines but the Tankard and top spot was taken, by a very solid NW Federation member David Cornes.