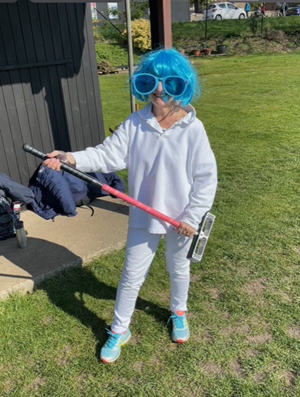 Sara Anderson at the Surbiton One Ball

With this year's Charity One-Ball competition well underway, Surbiton held its heat on 3rd April. In parallel we also a 'Champion of Champions' event, exclusive to people who had won previous national finals. This was won by Michael Broadway (2020 winner, from Enfield).

This year's charity is MIND, the mental health charity, and players in heats are invited to "wear something blue" - the house colour for the charity.