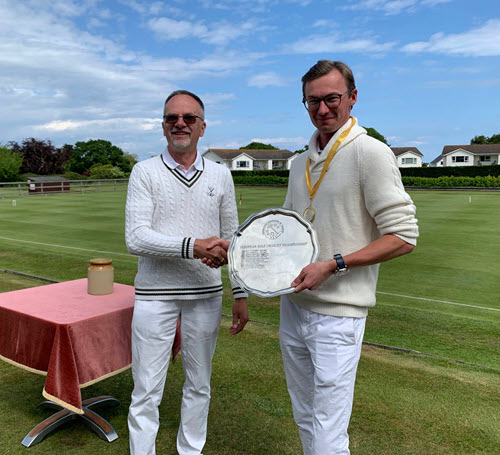 The 2022 European Golf Croquet Championship was held on 26th - 29th May at Budleigh Salterton Croquet Club.

Format : 4 blocks of 8 players playing in best of three matches to qualify for the knock-out stages. The knock-out consisted of the Last 16, Quarter Finals, Semi Finals and Final, with a consolation Plate Block and knock-out.