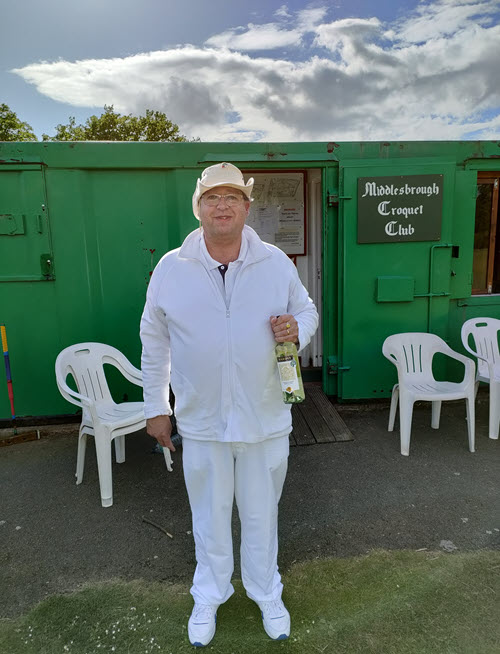 The One Day B Level A.C. Advanced Tournament was held on Sat 21st May at Albert Park, Middlesbrough.

We had 8 players from the Croquet North Federation area plus a regular supporter of Middlesbrough Tournaments from Cumbria. Handicaps ranged from 0 to 10 with two players dipping their toes in the water of Advanced Tournaments which is very encouraging.

The tournament is known to be fast moving with quite testing time limits of two and a quarter hours with no programmed break for lunch. We used 3 of our 4 lawns leaving one lawn available for social play which meant one lawn was always double banked. 50% of games went to time.

Those taking part were

The weather was dry and improved as the day progressed.

Given we had 8 players and 3 games was the target we used a Seeded Knockout and Plate format.

Only two of the top 4 seeded players progressed from the first round and then only 1 progressed to the final.