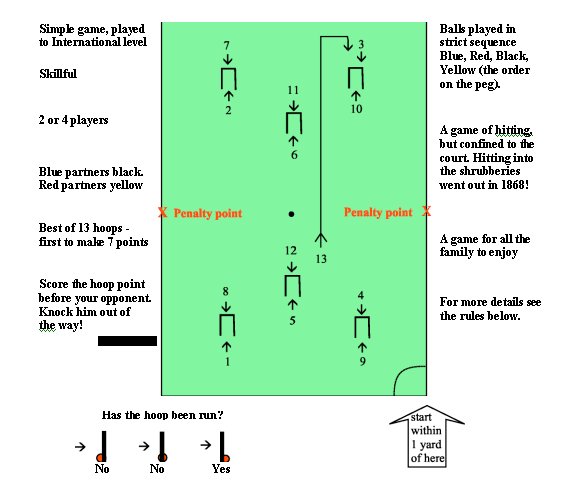 These rules for Garden Golf Croquet may seem complicated but the game is very easy to pick up and great fun to play. You can refer to the full Rules of Golf Croquet, or you may prefer a more traditional game of Garden Croquet, based on what is known as Association Croquet. It is often described as like playing snooker on grass, where great skill can be exercised in setting up breaks.